The second round of the 2018 Western Province Karting Championships delivered a dramatic afternoon of occasionally perhaps too close racing, great dices and a touch of domination too at the Killarney Kart Track, as the Cape’s top kart racers prepared for their next appointment at the opening National Championship round at iDube in KwaZulu Natal in a couple of weeks. 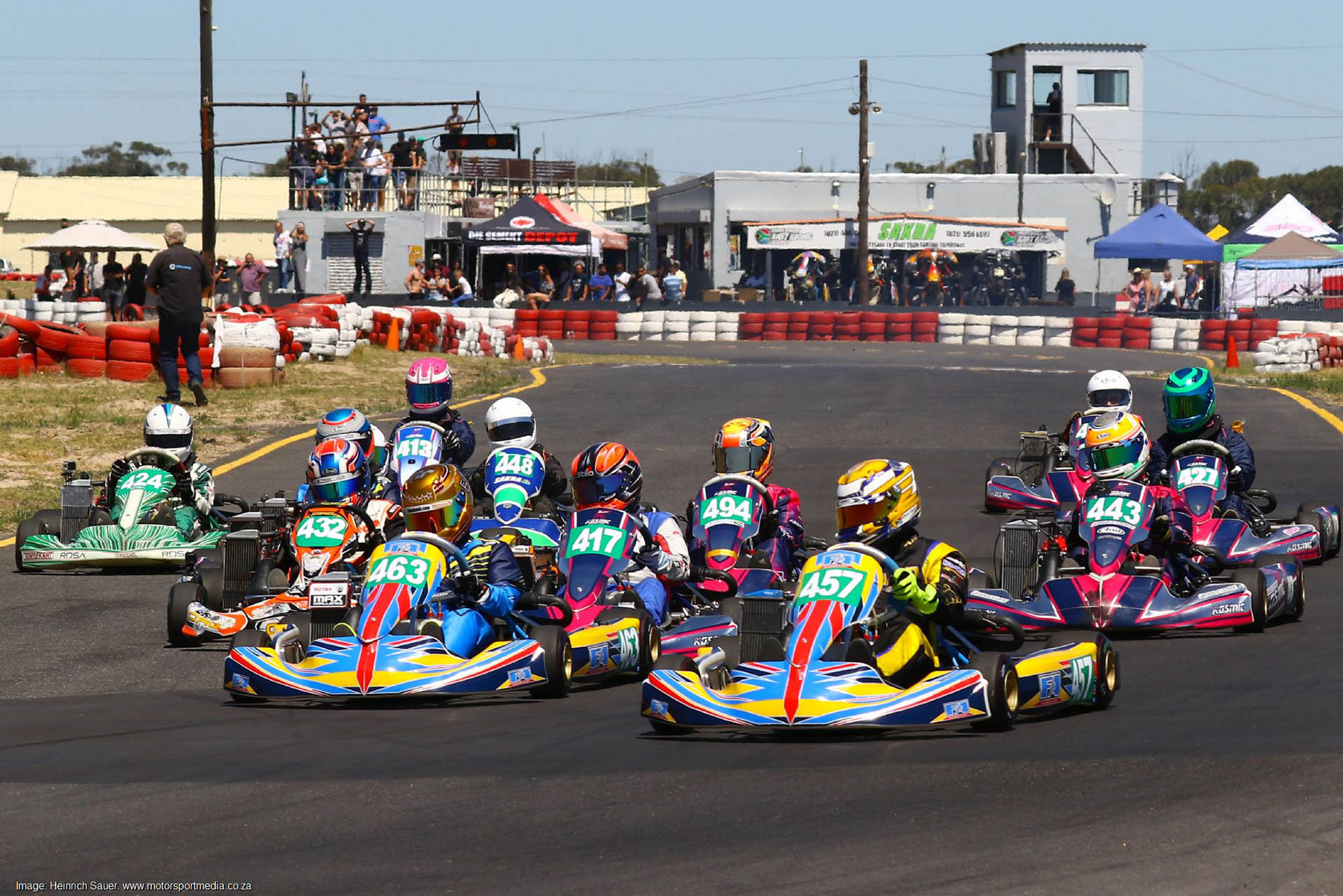 Herring controlled the restart ahead of Swart, but the two made contact again to allow Thomas into the lead to win from Herring, Swart, Jarryd Evans, Boyd and Masters winner Gary Lennon. Swart was however handed a 3-second penalty for a dislodged nose cone to slip to sixth behind Lennon. Swart then delivered a masterful display in Race 2 to keep a half second lead over Herring, who had to fight back to second early on, before chasing his arch rival home ahead of Boyd, Evans and Lennon after Coetzee stopped again.

The DD2 final proved seismic, with Herring in the lead, Swart chasing him down and Thomas and Coetzee keeping a watching brief until two into one did not go into the fast right-hander at the end of the straight on the penultimate lap. That saw Coetzee emerge in the lead to win from Thomas, the recovered Swart, Boyd, Evans and Masters heat winner Roy Gruer. But it was Jonathan Thomas who emerged the winner for the day, picking up the pieces left behind by combative duo Swart and Herring in second and third ahead of Boyd, Evans, Lennon and Gruer. Should be an interesting WP DD2 season ahead!

The weekend proved win or bust for Jason Coetzee, who dusted himself off after that first DD2 race crash to take his SAKRA Kosmic to the first of three dominant Rotax Senior Max wins over Andrew Rackstraw’s CRG while Kosmic duo Storm Lanfear and Reece Oellermann shared out the third places ahead of Andrew Thomas, Ziyaad Ibrahim and Jade Lanfear.

There was also action aplenty in the school kid classes, where Ian Joubert benefited Eric Norman being underweight in the second race to take overall under-8 Cadet honours for the day. Joubert narrowly beat Norman in the second race when the latter’s kart failed to meet the minimum weight to see him placed last for the heat and second for the day. Little Luan Mostert ended up third on equal points on the day with Norman, ahead of Rayan Karriem, Matthew Smit and Aaron Gallietti.

Reese Koorzen (SAKRA Kosmic) beat race 1 winner Reza Levy (Monstapop CRG) two to one to take under-11 Rotax Micro Max honours with Joshua Smit keeping a watching brief ahead of Paul Malcolm, Ethan Stier and Mischa Williams, but the rest of the junior classes were all about one team and one family as Visser brothers Kyle and Charl delivered a dream result for Charl Electric Racing.

Kyle (FA Kart) may have benefited Mikhail Fernandez (SAKRA Kosmic) incurring a nose cone penalty in the first Rotax Mini Max race, but he was a close second behind Fernadez in Race 2 and took a hard-fought final race win after a race-long duel with Mikhail. Joaquin de Oliveira was third from Le Riche brothers, Kyle and Andre and Lucas Royston. Kyle made no mistakes to double up in Mini Rok aboard his Zanardi, where he overcame a tight duel with Lucas Royston and Jason McBeath to win all three races. Mischa Williams took fourth from Joshua Smit and Joaquin de Oliveira.

Mario Ras and his CRG were in unstoppable form in the Cape Clubmans races where he drove to victory over Johan Hamman and Harry Georgiou each time, while Jarred Jordan and Divan Myburgh shared out the fourth places ahead of Robert Peche.

The Cape karters now turn their attention to the undulating and challenging iDube Raceway in the KwaZulu Natal Midlands for the opening round of the 2018 Rotax Max Challenge South African Karting Championships on Easter Saturday before returning to WP championship action at Killarney Saturday 7 April.